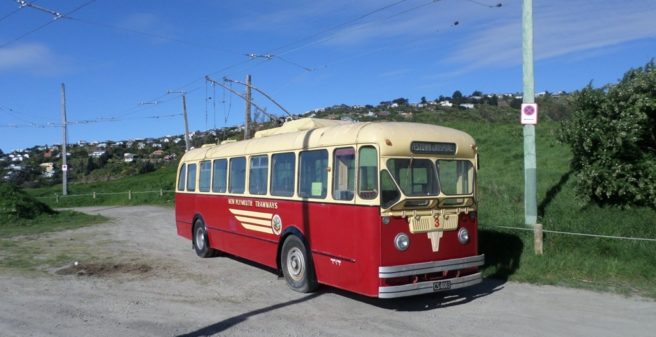 The Ferrymead Heritage Park is a group of 19 likeminded organisations who have collaborated to bring together transport, technological and social history in a single museum in Christchurch, the largest city on New Zealand’s South Island. There are a number of display buildings with a large variety of exhibits. On site is a replica heritage township with houses, a school, printing works, shops and a church. The facets of our history include:

These exhibits are all housed in the Heritage Park at Ferrymead, chosen as the appropriate place to display them as Ferrymead is the site of the first public steam railway in the country. This railway opened in 1863 and closed in 1877. Its purpose was as a temporary measure while the permanent line was established to our port of Lyttelton. Rails have been re-laid on the original formation. Its operators, The Canterbury Railway Society operate Steam, electric and diesel trains for the public. These include New Zealand’s oldest working steam locomotive of 1872.

The buses trams and trolleybuses are the interest of the Tramway Historical Society. Here an operating tramway has been set up. Examples of trams from all the three electric tramway cities in our South Island are held and as finance and labour permit are being restored. The most unique of all the exhibits predates the electric vehicles and was built in 1881. It is a Kitson Steam tram locomotive built in Leeds, England and is currently under major restoration. Once in service it is the only Kitson tram in the world in operating order.

However, the main focus of this article is the trolleybus collection. We currently have 10 trolleybuses with examples from all five cities that ran them in New Zealand, namely Auckland, New Plymouth, Wellington, Christchurch and Dunedin. The route is an out and back trip from our shed travelling on the road beside the Heritage Park. The trip is 1.5km long and is fed from a working substation with 600v DC. This is converted in a Hewittic mercury arc rectifier originally used by the Christchurch Tramway Board. A modern solid state set is in the initial stages of being installed to supplement the Mercury set. The overhead lines are currently having an overhaul and a number of support poles have been replaced. There are still more to do and span construction will be replaced by bracket arms.

Our oldest buses are a pair of Christchurch trolleybuses, fleet numbers 209 and 210. These were two of six buses of this model. The electrical equipment was supplied by English Electric, the chassis by Thornycroft and the bodies were built by local coachbuilder Boon and Company. They were both retired upon closure of the Christchurch system in late 1956 and then in early 1957 were stripped of everything to future use. 209 went to the small coastal town of Oaro, about 150km north of Christchurch where it served as holiday accommodation. 210 was purchased by a cartage contractor, North Canterbury Transport where it was intended to separate the body and chassis. The body would have been used as the drivers’ lunchroom and the chassis was to be used to haul logs. Fortunately, this never happened and in 1964 the Society was able to obtain the remains of the vehicle. The bus was initially restored cosmetically and displayed on various occasions. Since then, a full restoration occurred and in May 2009 the bus was made road legal for the first time in 43 years. It has been used regularly on the Ferrymead line. We believe 210 is the 3rd oldest operable trolleybus in the world.

In 1934 the Christchurch Tramway Board (CTB) imported 4 more trolleys this time from Ransomes, Simms and Jefferies of Ipswich. One earlier Ransomes bus had entered service in 1931 with the English Electric buses and obviously the CTB was sufficiently impressed to purchase more Ransomes vehicles. This time the buses were bodied in the CTB workshops and ran, again until 1956. No. 216 was purchased by the same owner and joined 209 in Oaro. An approach was made to the owner of 216 to allow us to bring 216 back for restoration and the owner agreed subject to 209 coming as well. Both bodies await restoration at Ferrymead.

In 1938, major department store, The Farmers Trading Company (FTC), wished to improve access to their Central Auckland store. As this was up a steep hill, transport was needed, and four Leyland Trolleybus chassis were obtained. They were bodied by DSC and Cousins in Auckland and operated on behalf of the FTC by the Tramway Authorities. Eventually they became part of the Tramway fleet and were retired in 1967. The service carried on until 1980 using normal trolleybuses. All four Farmers trolleybuses were preserved with No. 4 awaiting an overhaul at Ferrymead. Later, the Auckland authorities imported a number of Park Royal bodied BUT RETB1 buses, and these were last new buses in that city. Our No. 105 was one of 16 used on a central city loop and is awaiting a full body repaint and refurbishment. It is in operable order.

New Plymouth was our smallest city to operate trolleybuses and only had four Crossley Empire buses. They ran from 1950 to 1967, and No.3 was presented to us. It is restored and operable although not used often.

Wellington 103 was a member of a batch of 38 trolleybuses imported to replace the last trams in our capital city in 1964. As the manufacture of trolleybuses had almost ceased in the UK the work on these was undertaken by Scammell Lorries, a subsidiary of Leyland Motors. 19 of the buses came complete with MCW Bodies and the other 19 including ours were bodied by New Zealand Motor Bodies in Petone just out of Wellington. This bus is fully operable and regularly has been used at Ferrymead. It was retired by 1988 and presented to us in 1990.

As the first generation Wellington trolleybuses were withdrawn during the 1980s, they were replaced by Volvo B10M buses fitted with ABB electrical equipment. The bodies were constructed by Hawke in Auckland and the last four survived until 2009. All the earlier withdrawals were scrapped with steering traction motors and other equipment re-used in new low floor trolleybuses. Of the final four vehicles three are preserved with No. 258 coming to Ferrymead. It has sat out of service for 10 years and is currently being returned to operable condition.

Dunedin was the southernmost city in New Zealand to run trolleybuses and these operated between 1950 and 1982. Upon closure we were presented with the ultimate bus No.79. Subsequently No. 5 was presented to us by a private individual. No 5 was built in 1951 with a NZ Motor Bodies bodywork on it. 79 was built in 1962 in the Dunedin City Transport workshops. Both buses are BUT RETB1. 79 has recently received a repaint and is having final touches added to it before we recommence operation. No.5 is in a storage shed awaiting it’s turn to be got out and run. It is complete.

During 2022 the trolleybus loop at Ferrymead will be fully operational again – it’s the right time to plan a visit to Ferrymead Heritage Park!

More information about the Tramway Historical Society at Ferrymead you may find here:
http://www.ferrymeadtramway.org.nz/index.htm