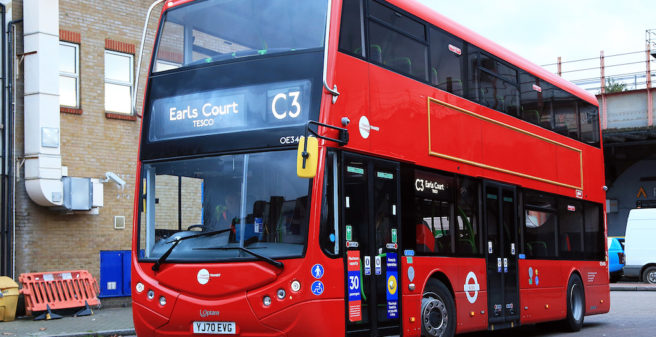 The British bus manufacturer Optare, owned by the Indian commercial vehicle manufacturer Ashok Leyland, will be renamed Switch Mobility. The picture shows one of the 37 new electric double-decker buses for Tower Transit in London I © David Cole

Ashok Leyland has announced that its UK subsidiary, Optare Group, has been renamed Switch Mobility to reflect its role in developing the company’s presence in the EV market across the world. Optare has already received significant UK orders for its Metrodecker EV for operation in London and York.

Ashok Leyland Ltd is India’s second largest commercial vehicle manufacturer and owned by the Hinduja Group announced that Optare Group Ltd (“Optare”), its majority-owned UK subsidiary, has been renamed Switch Mobility Ltd (“Switch”) as part of its drive towards electrification and new mobility services. Ashok Leyland’s headquarters are located in Chennai, India. Leyland was founded in 1948 as Ashok Motors and became Ashok Leyland in 1955. In 2010 Leyland acquired a 26% stake in the British bus manufacturer Optare which was originally based on the premises of a former British Leyland subsidiary Charles H Roe before moving to its new factory in 2011 in Sherburn-in-Elmet. In 2017, Leyland acquired a further 72.31 % stake in Optare. Its overall stake in Optare is now at 98.31%.

Switch will build on the success of Optare in the UK, where it is a leading player in electric buses with more than 150 of them currently operating successfully in its home market. Optare, the forerunner of Switch, was recently named OEM of the Year (Bus/Commercial Vehicle) at the prestigious 2020 EVIEs Awards. Following the successful delivery of 30 Electric Double Decker buses to Metroline in London, the company is currently fulfilling orders for operators including Tower Transit, London and First York. This will create a foundation for the expansion of Switch’s operations in Europe and growth in India and other parts of the world.

37 e-buses for Tower Transit in London

The latest vehicles to enter service are the first of Tower Transit’s order for 37 that went into service on route C3 from Clapham Junction to Earls Court in inner south-west London on 5 December 2020. With prominent Optare branding, the 10.5m dual-doorway vehicles have 63 seats, 41 of them upstairs, and a wheelchair ramp at the centre exit. They operate from Tower Transit’s Westbourne Park depot which has been equipped with 34 AC and four rapid DC charging stations by Siemens Smart Infrastructure, totalling 2MW. The images show vehicles on their first service day at Clapham Junction.’