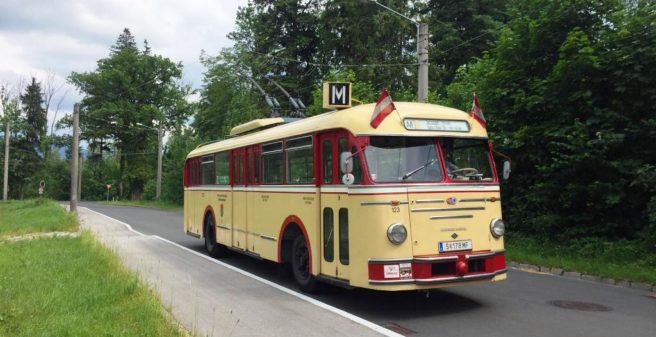 As the local press reported at the beginning of June, the Salzburg’s historical trolleybuses whose maintenance and operation is carried out by the non-profit association “Pro Obus” must leave thier traditional location in the depot “central garage” of the municipal operator at the Alpenstraße. The trolleybuses were located here for mpre than 20 years.

Owner „Salzburg AG“ needs more space for the new trolleybuses at the depot area, as announced by the company’s press office.

An “alternative location” is available in the municipality of Grödig, but this is several kilometers away from the overhead network and can therefore only be reached by towing. In addition, sooner or later substantial costs would arrise, which cannot be funded by the association.

In addition, there are also some interesting restoration projects:

All involved parties hope that a favorable solution may soon be found and that the historic trolleybuses in Salzburg have a secure future!