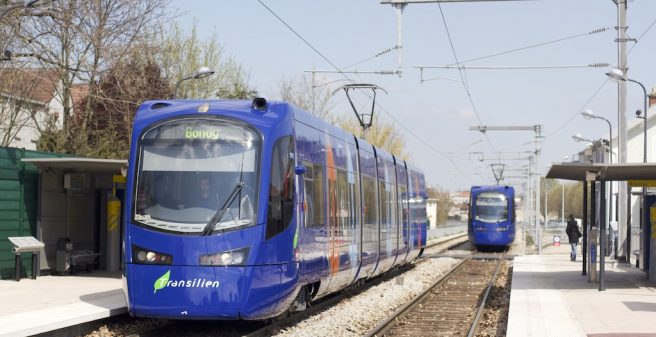 Ile-de-France Mobilités (IDFM), the public transport authority of the Greater Paris area (Ile de France) with over 12 million inhabitants in an area of 12 000 km2, announced in mid-December the calendar for opening up the market for the RER, suburban and tram-train lines now operated by the state railway SNCF. New operators shall be admitted in stages between 2023 and 2033. Subsequently, from 2040, the busiest RER lines A and B, jointly operated between SNCF and the Paris urban transport company RATP, are to be awarded competitively.

In implementation of EU Directives 2012/34/EC and 2016/2370/EC, French law 2018-515 requires a gradual opening of the market also for Paris suburban services. These lines are under the responsibility of the public authority Ile-de-France Mobilités (IDFM) and most of them are integrated into operations and infrastructure of SNCF’s regional and long-distance network, which greatly complicates the process of market opening. This includes the “Transilien” suburban lines H, J, K, L, N, P, R and U, which run from the Paris city train stations to the surrounding suburbs, as well as the “RER” lines A to E, which transverse Paris underground, and of which lines A and B are jointly operated by SNCF and RATP. The programme also includes SNCF’s T4 and T11 tram-train lines, as well as the future lines T12 and T13.

In the meantime, IDFM and SNCF signed a contract at the beginning of December 2020 for the next four years. Of the total of €12 billion, €8 billion, i.e. twice as much as in the previous period, will be invested in engineering work on the network and in workshops. The contract also introduces the principle of automatic compensation for passengers in case of repeated delays. If less than 80 % of trains run on time over a longer period, the affected season ticket holders will be compensated. Furthermore, the existing bonus/malus system will be quadrupled to up to €100 million per year. 25 % of its value will be calculated from the results of passenger surveys on cleanliness, safety and the proper functioning of station facilities.

IDFM expects that the future competition will strongly improve service quality and operational reliability, and that it will also help to revitalise the neglected “Transilien” lines, along with cost reductions, which should create room for manoeuvre for investment in the development of the transport offer.

The Paris regional rail network – without the inner-city metro lines – includes around 1700 km of track, over 500 stations, 19 depots and carries around 4 million passengers a day on more than 6000 trains.

The process initially involves a transfer of the operating resources, i.e. not only the vehicles but also the depots, workshops and other operating facilities from SNCF to Ile-de-France Mobilités. Subsequently, the operations together with the maintenance of the vehicles will be transferred to the respective chosen operator. For pure rail operators, this will mean a bidding consortium with a company that maintains vehicles.

As a first step, IDFM intends to tender a package in mid-2021 that includes the T4 and T11 regional light rail lines and the Esbly-Crécy branch of “Transilien” line P. The new operator is expected to be identified in mid-2022 to start operations in December 2023. These lines, which are independent of the rest of the network – accounting for only 4.2 % of SNCF’s Transilien business – share their workshop and rolling stock. IDFM then plans to put the T12 and T13 tram-train lines, currently under construction, out to tender in early 2022, with the winner to be selected in 2023 and operations starting in December 2024.

This will be followed by the “Transilien” lines J and L to the suburbs served from Saint-Lazare station, to be awarded from December 2025, and finally lines N and U from Montparnasse station a year later.

RER lines D and C should be operated from December 2032 and December 2033 respectively by the companies emerging from the tenders. The busiest and most important “RER” lines A and B, currently operated in cooperation between SNCF and RATP, are scheduled to be the last to be put out to competition from 2040: the law provides for a release from the hands of the state operators not before 31 December 2039.