Testing of the Solaris hydrogen bus in Spain 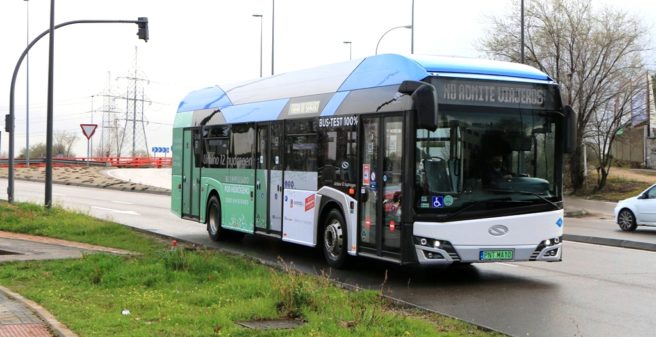 Further tests of hydrogen buses in Greater Madrid area: The large bus company Avanza, which operates various lines in suburbs and neighbouring municipalities of the capital region, is currently testing a fuel cell bus made by Solaris. It operates as an additional service on local lines in Pozuelo and Getafe as well as on the long suburban line 561 between Las Rozas and Aluche (Metro), among others.

For the tests, a semi-trailer with hydrogen cylinders is available for filling the vehicle in addition to the actual refuelling station.

Procurement of buses with this technology is currently being studied and tested in several locations in the country.