The renewal of Zurich’s funicular and rack railway 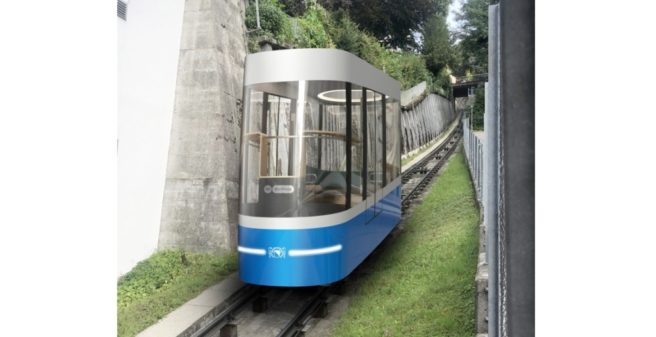 Zurich Transport Authority Verkehrsbetriebe Zürich (VBZ) is tendering new vehicles for the Rigiblick funicular railway. In addition to technical specifications, the tender also includes design specifications for the future exterior and interior design of the new cable car. Optimal use of space in the passenger compartment will enable barrier-free use. The new cable cars are expected to start operation at the end of 2023.

The Rigiblick funicular was inaugurated in 1901 and comprehensively refurbished in 1978/79. It was the first fully automatic, licensed funicular in Switzerland. In 2011, the electronic control system and the drive were replaced. At the same time, extensive reconstruction work was carried out on the car body and the chassis. This allowed the vehicles to remain in service for many years to come. With an age of over 40 years, the most components have now reached the end of their service life.

Over time, the legal framework conditions have also changed and can no longer be met with the existing vehicle concept. New vehicles are therefore being procured, which in particular meet the requirements of the Disability Equality Act (BehiG). Thanks to modern construction, the payload of the vehicles can be increased and the passenger flow improved.

Already last year, the renewal of the 1.3 km long, inner-city rack railway line Römerhof-Dolder, the so-called Dolderbahn, was announced – two new railcars will be supplied by Stadler. They are expected to replace the two 50-year-old railcars in mid-2024. These had replaced the funicular railway previously operating here in 1972/73. Although the Dolderbahn is owned by a company organised under private law, it is operated by VBZ just like the Rigiblick funicular.