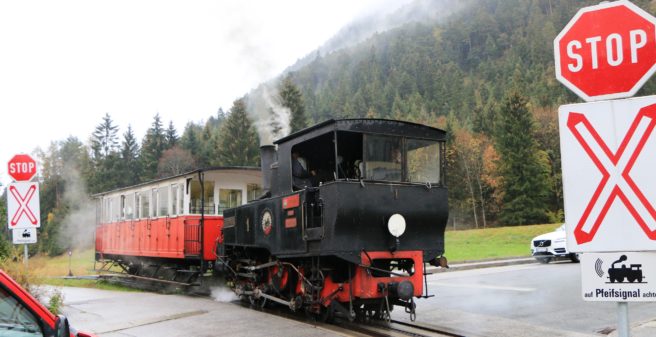 Due to a lack of financial resources and funds from the public authorities, the Achensee rack railway had to file for insolvency, the operation was suspended and is unlikely to resume in the short run due to pending infrastructure works. We reported on the topic here:

Now the Tyrolean federal state government has announced that it has the intention to preserve the railway and and to provide 3.4 million EUR funds for a partial service during the expected time of the insolvency proceedings (to maintain the legal concession) as well as for inmediate maintenance work to rehabilitate the railway infrastructure. Approval of the Tyrolean Landtag (parliament) is pending.

“The intention of the federal state of Tyrol is to prevent the company from being dismantled and to enable a medium-term reopening of the Achenseebahn for tourist purposes by a new owner. The Achenseebahn is a tourist attraction. This must be secured right now in order to help the tourism in the region to quickly recover after the current crisis,” explains Landeshauptmann-Stellverterteter/in Ingrid Felipe and Josef Geisler. For legal reasons, it was not possible for the Land of Tyrol to guarantee the funds before the initiation of the insolvency proceedings currently under way.

There will be no railway operation in the 2020 season due to the necessary refurbishment work on the track and the rolling stock. A full-scale infrastructure refurbishment plan is to be formalized by July 2020 and will include a detailed development plan for the opcoming years. The future of the regional railway concept is also to be clarified.

(according to press releases of the Federal State of Tyrol)