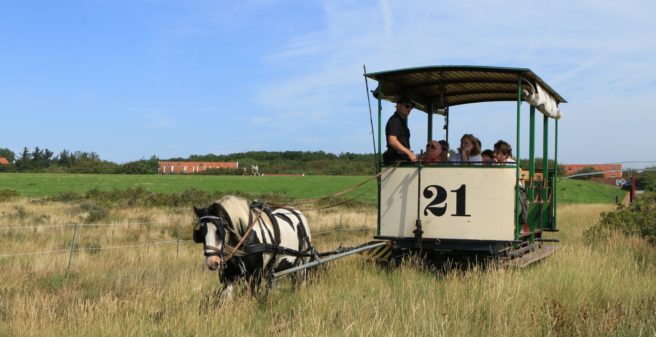 The horse-drawn tramway on Spiekeroog – flagship and tourist attraction of the first order on this small island in the North Sea – can finally run again. After the end of the 2019 season, things initially didn’t look good at all for the service: the passage through the levee near the terminus at the edge of the village, the so-called dyke gate, had to be renewed, and the municipality of Spiekeroog and the state of Niedersachsen were not prepared to bear the costs. An immediately initiated fund-raising campaign finally brought together the necessary funds of approximately EUR 100,000 for an alternative solution, and the reconstruction could begin: The old gate was removed, and during the winter season the gap in the dyke will be closed with newly built, heavy beams in the future – a significantly cheaper solution than the approximately EUR 2 million for the renewal of the existing gate.

More about Spiekeroog’s island light rail and its history you can find here: